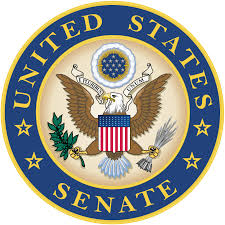 For this project the senoir class was each assigned a senator and then were divided into three issues, college debt, immigration, and climate change. Next each of the senators had to pair up with someoner from their party, I was an extreme republican from oklahoma named Jmaes M. Inhofe, I paired up with another republican and wrote a bill that made it on the docket but didn't pass in the end.

Title of Bill:  Full Expansion of Cap and Trade

Be It Enacted By The Animas High School Model CongressPreamble: Whereas, carbon dioxide pollutants have contributed the most to the effects of climate change, especially on oceans and water levels, and since global temperatures will continue rise, and since carbon dioxide levels in the atmosphere have risen by nearly 40 percent since the Industrial Revolution, and since carbon dioxide makes up a third of our atmosphere with a mass of 3 trillion tons, and since many government regulations require increased spending to reduce carbon emissions, and since natural gas is widely used by most humans, and since there isn't another source equal to the productivity of natural gas, and since cap and trade allows a free market solution that encourages trade and helps companies innovate in order to meet, or come in under their allocated emission limit, and since the less carbon pollutants they emit, the less they pay, so it serves as an economic incentive to pollute less and maximize their income, and since California's cap and trade program that was recently put in place is expected to reduce greenhouse gas emissions by 16 percent between the years 2013 and 2020,

SECTION 2: Enforce stricter cap and trade restrictions annually to reduce the amount of greenhouse gas pollutants released into the atmosphere,
Sub-SECTION A: Decreasing the amount of emissions each producer can emit by strictly decreasing the cap by 2.5% annually over the course of four years leading to a 10% reduction by 2021, starting in 2017.

SECTION 3: Offer incentives to companies that are promoting clean energy by only emitting clean or renewable energy,
Sub-SECTION A: Providing companies that aren’t producing harmful gases with individual, substantial tax breaks and incentives to encourage them to continue using cleaner energy,
(A) After the tax break companies will only have to pay 94% of original taxes with a 6% tax break,
(B) Clean and renewable energy producers include companies producing solar energy, wind energy, hydroelectric power, bioenergy, hydrogen, geothermal energy, and ocean energy.

SECTION 5: Hold quarterly auctions as a trading platform for Cap and Trade members who want to auction off and sell their unused emission space below the given cap to other companies,
Sub-SECTION A: Allowing companies to bank credits from left over/unused space below the cap until future auctions if desired,
Sub-SECTION B: Giving the auction proceeds back to the green economy,
(A)Fifteen percent of allowances from each company are set aside for FEMP, The United States Federal Energy Management Program.
(B) 5% of all buyer transactions are used to subsidize renewable energy.


Sub-SECTION C: implement a 15 member committee elected from the department      of clean energy and the EPA to decide where the leftover proceeds from the auction would go.

SECTION 6: This bill shall go into effect 180 days after passage, and will come up for reauthorization in 2050.

Intro- Hello my fellow senators, I am Senator James Inhofe of Oklahoma representing the republican party. I will be speaking on the bill titled “Full Expansion of Cap and Trade.” Before I begin I would just like to address everything that is at stake. Although the jury is still undecided on climate change, people are proposing that we punish our great American companies with more regulations. The United States of America has one of the best economies and it is of top priority that we do what is necessary for it to continue to improve.  It is ignorant to believe that humans have the ability to change the climate, the climate has always has always changed, however the concern of this within the Democratic party is noted, furthermore I am not in the support of the bill titled “Full Expansion of Cap and Trade”, because of the decreasing emission policy or more regulations and the overall damage it could do to our great economy.
Point 1- As I said before, economic stability and growth are a top priority and we need to do everything we can as a nation to encourage growth in the economy. I am not in favor of this bill because I believe that our regulations are enough already and we don't need anymore. Specifically Section 1 Sub Section B explains how a fee will be placed on all companies who are failing to limit their pollutants. Secondly another driving reason why this bill shouldn’t pass is because nothing else can replace what oil and gas have done for us and are continuing to do for the economy. It is in the American tradition that we produce energy openly for profit.
Point 2- As I said before the American economy is one of the best and we need to do whatever we can to help it grow. By placing more regulations on the larger companies that help our economy be what it is today, if these companies are hurt we risk damaging our economy. Clearly this bill isn’t the option for a better economy, which is what we should all strive for.
Conclusion- There is no doubt in my mind that our economy needs to be protected at all costs.The bill titled “Full Expansion of Cap and Trade” is the least realistic bill and because of the damage it could do to the economy it should not be the bill to pass.

Though writing my first college essay it became very apparent to me that there are still tons of areas in writing that I need to improve on, but my first writing goal is to make my writing more descriptive and explanatory.  An example of my weak, descriptive language was in my first draft of my college essay, “I still remember the first day of my internship, entering the compact studio, introducing myself to my mentor and him asking me what I wanted to paint.” This is very weak because it fails to explain even a little about the unique little studio that is Studio &. An idea for improving my descriptiveness is to slow down my writing and not try to get the big idea out first, but instead show not tell, and really take time to introduce the reader to the scene or action happening in my writing. This will help make my writing more powerful by actually taking the reader to the scene, and putting them in my story.
Secondly I would like to work on my the outlining of my writing and making sure that I am delivering my ideas in the best way possible. An example of this is my first draft intro, I start by telling about the my first day in the studio, and that would have been fine, if I wanted to go in a week by week thing but I wouldn’t have been able to conclude my essay in a strong and memorable way. I think that a solution to my messiness in outlining could be to use a outlining strategy, whether that be TEA or another kind of system. Although I dislike using outlining systems I had to go back and rewrite a lot of my essay because of the way I outlined it, taking my time to properly arrange my ideas not only will make it easier to further expand on evidence and analysis, but hopefully also save me time in the editing phase because I shouldn’t have to rearrange big ideas, instead hopefully it will be more minor things like spelling and grammar.
Lastly the a big goal I have for myself in my writing is to better identify the purpose of my paper, or the purpose of my analysis. Specifically in my college paper I thought that my ending was my strongest however I do think that I could have made it more memorable by really explaining and exhausting either the purpose of the internship or how because of it now I am feeling more like an adult. In my college essay I had written  “My time at Studio & helped me understand that I need to be more than willing to do anything to make this dream studio come true. In conclusion this internship was an unforgettable and eye-opening transformation from childhood to adulthood, revealing to me what I want to do for the rest of my life.” Although I feel like this is one of the stronger sections of my paper, after reading it again I feel like I could have maybe been more clean about the exact transformation, instead of talking about how willing I am to make this happen. I think further answering the question would have been a better ending to this essay. In the future I am going to really focus on the purpose of why I am writing or creating the project I am, understanding the purpose more can only help me write a better, more thought out paper.
Over my years of writing this has by far been the piece of mine to receive the most amount of revision after it has already been written. Between my first and last draft I showed the most improvement on my essay structure and also my descriptive language. To start in my first draft I said  “I still remember the first day of my internship, entering the compact studio, introducing myself to my mentor and him asking me what I wanted to paint.” This was honesty the most weak sentence of my paper and it was the first line! Not a good start, however through tons of revision I was able to figure out the best way I could introduce the reader to the studio, in my final draft this is how I started the essay, “I still remember the first day of my internship, entering the compact studio. Swinging open the light glass door vandalized with posters of all sorts, feeling the sturdy grey concrete floor under my feet and seeing my mentor Shay Lopez, mid-painting, hollar from the back of the far corner of the congested studio, “Hey Brenden!”. Because of the word limit I wasn’t able to entirely describe the studio as strange and unique as it is, however I really do feel like my introduction significantly improved and delivered a more vivid explanation of the studio. Feedback from my peers and teacher pushed me to try and make my introduction as strong as my conclusion, it doesn’t make sense to have half of your essay really good, and the other not, I needed to balance it out more. To make my introduction more descriptive and fit with my conclusion, I started by just taking out sentence by sentence, seeing where I could expand more on the scenery, what I was thinking and feeling, and also just really tired to put the reader in my shoes. I struggled with finding an opening sentence or couple of sentences that showed it was my first time in the studio, but without telling the reader it was my first time in the studio. In conclusion, I stripped my first paragraph down, and tried to rebuild it with better and more descriptive language.
Powered by