For this project, we were able to choose a famous person and then pretend to be that person. I choose a famous skateboarder from Brazil, Luan Oliveira. Also, we did research about this person then spoke in the past as that person. This was challenging because we just learned how to speak in the past, but conjugating the words for someone else was confusing at first. We also created a presentation about our person of choice. 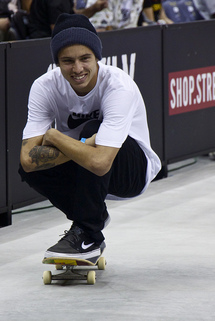 I liked this project a lot even though it was challenging. I enjoyed being a skateboarder from Brazil and I liked to be able to present what I have learned in Spanish to the public. However, it was weird because every adult had a different level of Spanish, and so I had to adjust to how much English I was speaking to the public. I wish I was just able to speak in Spanish the whole time with the entire public understanding me.

1. After we spent weeks learning about the preterit, imperfect tenses and learning how to use it, we were than instructed to write about a story or experience. I chose to write about one of the many times I have seen Susy downtown. We were also supposed to put a picture that had something to do with your story. I put a car in my story and called it "Susy's Car".
2. It is very important for me to express myself using the past tense in Spanish. Not only would I be able to say more and talk about more in Spanish, but I would also be able to tell stories or I would be able to tell about what has happened to me. For example, if I needed to tell someone that I ate food the made me sick, I wouldn't be able to tell them why I was sick, I would only be able to say "I eat...". But now that I have the ability to be able to speak in the past tense, I will be able to tell when I am sick, or when have a story I want to share.
3.Because my story happened in the past, using the preterit and imperfect tenses helped a ton and was necessary in order to tell my story effectively. 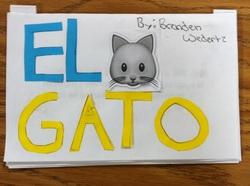 I want to study spanish because I know that not everyone speaks english and I want to be able to communicate with people who speak english and spanish. I think it is necessary for me to speak at least 2 languages to be successful in life. I don't want Alzheimer’s and being able to speak more than one language prevents that.